The shield of Captain Francesco Bernardo disappeared in 1940 when, along with 23 other weapons, mostly of Turkish origin, it was loaned by the Museum of Bologna to be displayed at the Terre d’Oltremare Exhibit that was inaugurated in Naples on May 9th of the same year. However, the shield, as well as the other weapons, did not return home from Naples, due to (as was told) war reasons. In fact, when the war began, the exhibit was closed, and the objects temporarily on display were put away in storage where they were still kept in October 1943, at the time of the arrival of the Allied troops. What was the subsequent fate of the shield is something hard to determine (Massimo Medica, Incontri e arrivi, October 16th, 1996, Civic Museums of Ancient Art, City of Bologna).

Gualberto Ricci Curbastro, in the mid 1980’s, recognized the valuable object, of which he had seen only photographs from the 1940’s, in the catalog of an antique weapons dealer in Paris. Evelina, his daughter, sent by the antiquarian, pretending to be interested in purchasing it, did not see the piece that, from rumors told, seemed to have been sent to an English dealer. Gualberto reported the find to the Nucleo Carabinieri Tutela Patrimonio Culturale (Cultural Heritage Protection Squad), but it was lost track of again in England, although Evelina learned from the English antiquarian that the shield may have crossed the Atlantic. It was Gualberto who found it in the U.S. in 1995, about to be moved from the private collection of Ronald Lauder (the famous cosmetics manufacturer) to the Metropolitan Museum of New York. This time, Gualberto had both the Carabinieri (ed. Corps of the Italian Armed Forces), as well as the then Minister of Cultural Heritage, Antonio Paoulucci, become involved. Through the Interministerial Commission for Works of Art, which dealt with art missing at the time of the Second World War, he requested that the piece, which was illegally brought out of the country, be returned. The request was accepted by Lauder and, through the Consul General of New York, the shield was able to return to Bologna in October 1996.
The oval plate (72cm x 60cm) was originally part of a “shot gun crew” belonging, as demonstrated by the coat of arms, to the Venetian, Francesco Bernardo, Captain of Bergamo between 1552 and 1553. It is likely that it was this city to donate the collection to the captain, as a sign of gratitude for services rendered by him, also in relation to his intervention in 1553 in a delicate matter involving taxes due by the County of Bergamo to Venice. The shield, a very fine example of Lombard workmanship from the sixteenth century … on it stand out curlings that support bunches of fruit and trophies, forming four mandola shapes with just as many herms and four lobed panels with figures of the cardinal virtues. In the center was an oval with cornets and with the arms of the Bernardo family, surrounded by the writing, POPULUS UNIVERSUS AGRI BERGOMENSIS (Lionello Giorgio Boccia 1991).
This is a type of decoration that is very similar to one on a helmet today preserved in the Wallace Collection in London, which certainly was similar to the shield in Bologna, as confirmed by the presence of the same coat of arms of the Bernardo family, topped on the helmet by the Lion of St. Mark. The shield and the helmet must have, however, been separated from each other in ancient times since, already in the middle of the last century (ed. 1800), it was found in Paris where it was purchased for £.3,500 by Sir Richard Wallace. (Massimo Medica, 1996). 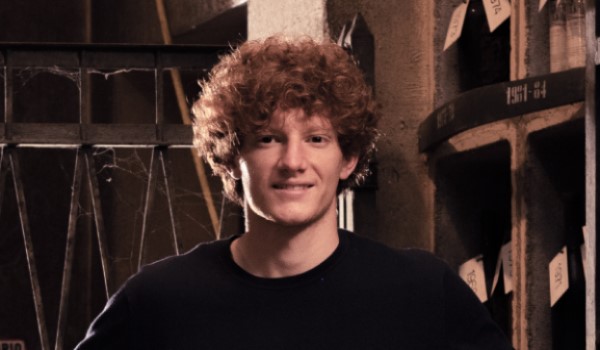