The Carmenère grape variety derives from the “Vitis biturica”, which arrived in northern Italy during the Roman era (Columella). From the Vitis biturica, the following were selected in the Bordeaux region: Carmenère, Cabernet Franc, Merlot, Cabernet Sauvignon, and Malbec. In the Italian DOC wines, it was long confused with the Cabernet Franc, but it clearly distinguishes itself through its DNA and the production of well-structured wines, which are quite colored (anthocyanins), rich in rounded soft tannins, with a complex flavor. Since 1990, when we decided to increase the surface area cultivated with red grape varieties, and cuttings of Carbenet Franc were also purchased from a French nursery. Our first doubts arose, since it became clear to us that this “French” Cabernet had little to do with the variety traditionally grown in Franciacorta under the same name and locally known as “bordò magher”, due to its characteristic scanty bunches and small grapes (ed. “magher” meaning also meager in dialect).
In 1999, our winery created new high density plants using scions taken from a pre-phylloxera plant (not grafted) present in the farm estate in Capriolo and from a 50 year vineyard in Erbusco. New plants with Cabernet Franc/Italian Carmenère clones were created from 2001, and in the years to follow. With the birth of the Curtefranca DOC in July 2008, the Carmenère fully enters in the composition of our wines, and it was acknowledged with that qualitative role that was long forgotten. 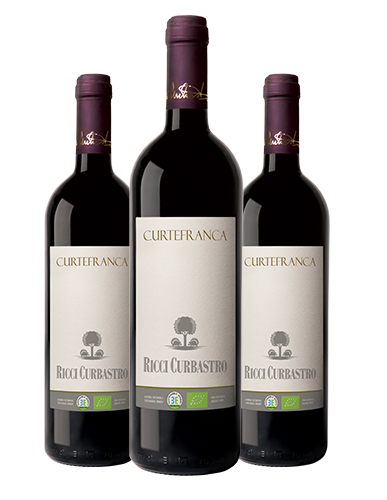